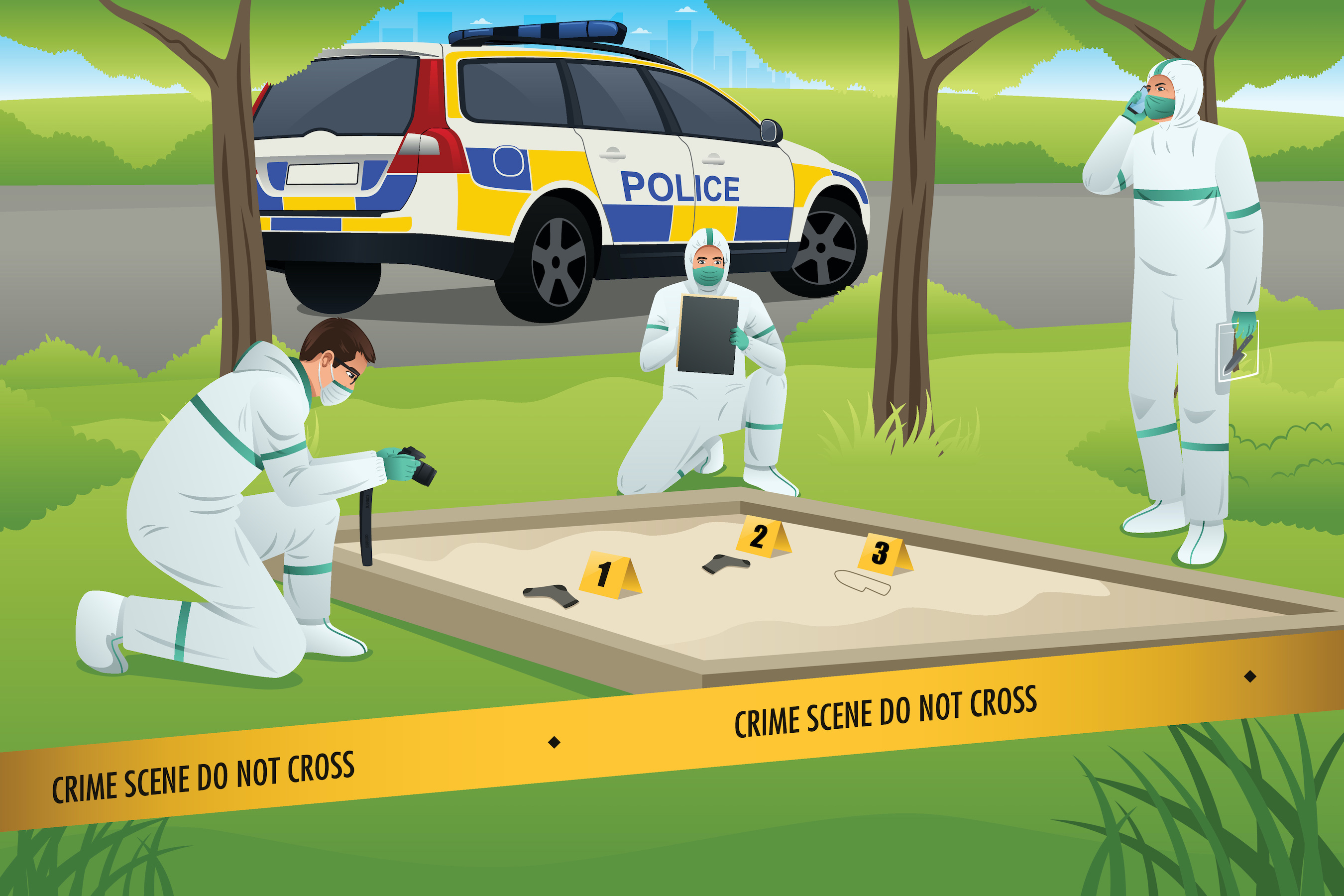 There are many steps that have to be taken when conducting a criminal investigation and investigating a crime scene. Firstly, detectives have to try and figure out why and how a crime was committed. They examine a crime scene looking for information or clues such as fingerprints, weapons, and DNA. They investigate the victims’ history to determine why someone would want to harm them. After they have formed a hypothesis, they try to find proof that somebody committed a crime so that they can arrest the suspects. They look at both the motive and the actual evidence of the crime and try to see if their hypothesis makes sense. The suspects then enter the criminal justice system where they are tried using the evidence collected at the crime scene.

Crime scene investigators have special equipment that they use to investigate crime scenes. This equipment is packed into crime scene kits. They include fingerprint powders designed to find fingerprint on surfaces, brushes, magnetic power wands, placards for marking important evidence, tape, scissors, tweezers, tape, pencils, and pens. They also include chemicals for detecting bodily fluids like luminal and black lights. Bodily fluids can be the most valuable piece of evidence because it can yield DNA, the holy grail of proof.

Forensic science is used to help solve crimes and there are many types of forensic methods. Forensic toxicology refers to the use of toxicology to determine what chemicals are present in the body after death. Forensic psychology deals with the study of various aspects of human behavior. Criminalistics is the application of sciences to situations in an attempt to achieve answers. This is commonly used in the area of fingerprints, tire tracks, or foot impressions. Forensic DNA analysis is used to determine DNA sequences from biological samples. However, these topics are just the tip of the iceberg. There is a branch of forensic science for everything from bugs to DNA and all branches are used in an actual criminal investigation.