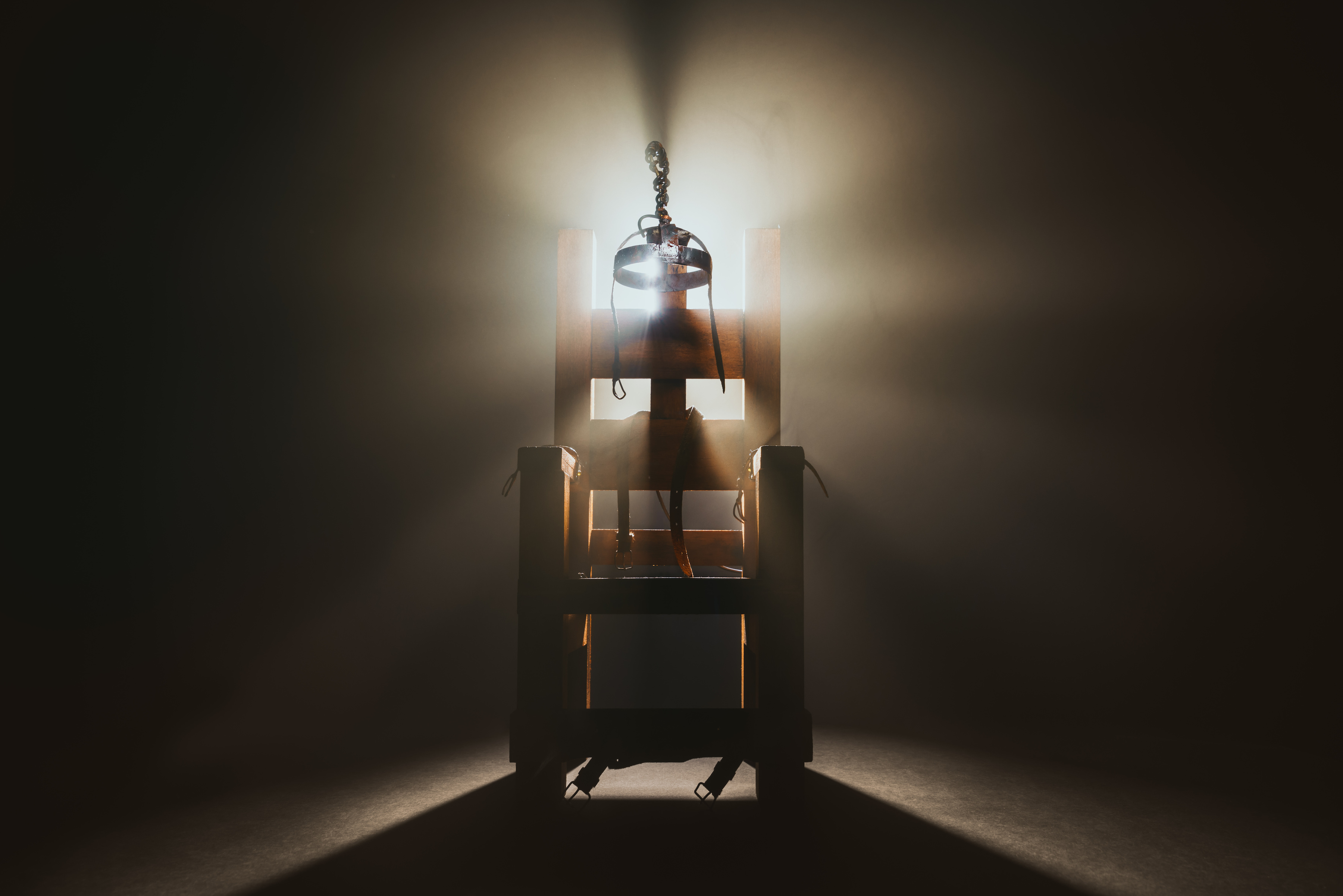 Taking an In-Depth Look at the Death Penalty

Taking an In-Depth Look at the Death Penalty

The death penalty is reserved for the most evil, wicked elements of society, right? We tend to think so but moral judgment often depends on which side of the penalty one finds oneself. During the past century, the death penalty was meted out to people en masse in many situations - political rivals, enemy combatants, ethnic cleansing, people involved in illicit drug trade, those of differing religious affiliation, to name just a few. In World War II’s Russia alone, as many as 158,000 people were executed under the charge of desertion. Were each and every one of these people truly wicked and evil? By whose account? It’s these questions and these situations that make the death penalty a controversial subject for which there may never be a universal conclusion.

Origins of the Death Penalty

To say when the first execution took place involves nothing more than guess work. Man has been killing his fellow man in the name of justice since long before written language was developed. We’ll never know why that first execution was administered but such punishment has remained a part of the human experience across all cultures and all times since human time began. A classic explanation in favor of the death penalty is that is more humane than torture.

The Code of Hammurabi, king of ancient Babylon, which called for the death penalty for a number of offenses, was written in stone, literally, at some point in time near 1790 BC. This code is the oldest document ever found that addresses a death penalty.

The Jewish Torah and Christian Pentateuch (both names describe the first five books of the Bible, often referred to as the Law of Moses) call for capital punishment under specified circumstances, saying an eye for an eye, thus a life for a life, is a valid trade-off. Islam condones capital punishment. Some Buddhist nations forbid the practice; others use it freely. Many of today’s tribal peoples put their condemned criminals and enemies to death.

Although humans have been quite creative devising ways to put others to death, the term ‘capital punishment’ itself refers to beheading. The Latin word capitalis applies to all things regarding the head, including its offing. Other inventive ways of dispensing the ultimate punishment have or do include boiling, burning, slow slicing, impalement, hanging, schaphism, disembowelment, crushing (where elephants are sometimes put to work), breaking at the wheel, necklacing, crucifixion, and all sorts of variations on these basic methods.

The first death sentences on American soil were carried out in the days of the colonists. Treason and piracy were two capital crimes common in that era that are less common now. Violent crimes such as rape and murder were capital offenses then as they remain today in the states which still allow the death penalty.

While the general public has no general interest in knowing what it takes from being a free citizen to one who lives in the harsh confines of Death Row, the subject is actually one of very exacting legal and judicial issues and proceedings. The first step in the process, of course, is to be convicted of a capital crime in a state that includes the death sentence as a standard mode of punishment.

From the death sentence, a direct review is conducted at the state level, similar to what is generally understood as an appeal. Next comes the collateral review, where the workings of the legal system are scrutinized; the details of the crime are accepted but the merits of the defense and prosecution are examined for accuracy and quality. Federal habeas corpus (“produce the body”) comes next, whereby a federal court assesses the constitutionality of a death sentence under the circumstances of the individual crime. If the death sentence remains effective at this point, a date of execution is established. In some cases, a final attempt to overturn it can be made but the prisoner must win a lawsuit ruling the judgment as a violation of his or her civil rights. In some such lawsuit, the prisoner can claim the method of execution itself is a violation of civil rights.

Some notable American executions involve all the victims of the Salem witch trials; Ethel and Julius Rosenberg, executed in 1953 for espionage; and teenager Thomas Graunger, thought to be the first American juvenile sentenced to death, was hanged in 1642 for bestiality. In a recent execution of note, the infamous serial killer, Ted Bundy, was executed by electric chair in Florida in 1989. Jack Alderman lived on Death Row for 33 years before his 2008 execution by lethal injection in Georgia. Arizona’s Leroy Nash is the oldest American on Death Row; at 94, it’s unlikely he will ever be executed.

Life on Death Row is no more fun than one might expect. Details depend upon the facility and vary from state to state and for male and female inmates. For the most part, life is one of solitary confinement without input into any details of life, including what to eat, do, or when to bathe. Human contact is limited to prison workers conducting daily duties or when the few allowed outside visitors come calling. During the appeal process, outside visitors are most often members of the prisoner’s legal team. Any time the Death Row inmate leaves his/her cell, it’s with full body shackles and multiple armed guards in attendance at all times. Lock-up usually lasts 23 hours a day, with just one hour outside the cell or building, a privilege that can be denied as an in-house form of punishment.

The US Supreme Court stays busy with hearings involving the death sentence. During the entire history of the nation, laws have been enacted, repealed, and reinstated on behalf of this sentence. Laws have changed the methods used to carry out the sentence as well as to which crimes are so horrific as to merit a sentence as final as death. Though each state establishes its own laws pertaining to the death sentence, it’s often challenges at the state level that escalate the matter to the Supreme Court, where federal laws are affected or established. Not everyone who commits and is convicted of a capital felony can be put to death. Federal law establishes who can and cannot be executed based on age, mental capacity, and other extenuating circumstances.

At this time, only twelve states plus the District of Columbia have banned the death penalty for crimes committed within their jurisdictions - Alaska, Hawaii, North Dakota, Minnesota, Wisconsin, Iowa, Michigan, West Virginia, New Jersey, Rhode Island, Vermont, and Maine. The death penalty statute was repealed in New Mexico in 2009, when only two people inhabited the state’s Death Row; these two inmates remain subject to execution.

Reasons for upholding a death penalty include the belief that some criminals will never be rehabilitated enough to live peacefully and lawfully within the general American population. Others believe the death penalty gives voice to crime victims who remain forever silent. The biblical directive to take an eye for an eye justifies the sentence to many Americans.

There’s no taking it back once the death penalty has been carried out. That’s one big reason why some states have outlawed the sentence. Other reasons include the fear of executing a wrongly convicted individual, that it’s cheaper to house an inmate for life than to execute them, that capital punishment is inhumane. Many people against the death penalty cite the overwhelming number of people on death row who came from impoverished backgrounds and those of ethnic or racial minority as a reason to abolish the sentence. They claim wealthier criminals can protect themselves against execution in ways unavailable to a poor criminal and that society in general is too quick to convict people of color, thereby creating an unfair system of justice based on money. Still others say execution makes killers out of the executioners.

Is the Death Penalty a Deterrent?

Whether or not the death penalty is a deterrent to crime is one of those questions that may never be answered. How can crimes never committed be counted? Nevertheless, it’s a question that generates heated debate in conference rooms, classrooms, and at dinner tables around the world.